What if I told you that there is a simple formula for success that is guaranteed to work?

This is the second in a three-step series. If you haven’t already, please consider reading Part 1: Attitude Is a Maserati. I implore you, follow me, read these articles. If you gain just one kernel of wisdom, it could change the course of your life.

If life is a joyride, a good attitude upgrades you to a Maserati, but your skill level determines your speed limit. If you want to get that Italian sports car out of first gear, you better learn something.

This article will attack the mythology of native talent, responsibility, and the critical mistakes most folks make when it comes to skills acquisition. Are you on the Autobahn or stuck in your driveway?

Everyone Wants to Win. Nobody Wants to Practice

Many people, even successful people, believe that success is luck. The talent theory is also popular. Michael Jordan is a great example. He was born with a level of latent ability that I will never have, but would you know his name if he never practiced?

A growing body of evidence suggests that although native talent exists, it does not predict success. We can’t peer behind the curtain to see the daily blood, sweat, and tears that a successful person dedicates to mastering her craft.

In Malcolm Gladwell’s outstanding book, Outliers: The Story of Success, he references the 10,000 Hour Rule. This rule theorizes that to achieve mastery in any area, a person must first practice for 10,000 hours. Gladwell highlights surprising examples of individuals who appear to be either uniquely endowed with God-given talent or extremely lucky.

Many assume that the Beatles were an overnight success, but they were playing seedy nightclubs for years. The Beatles performed over 1200 performances before they were discovered.

Bill Gates is another who appears to be an overnight, college dropout success. However, Bill Gates attended a private school in Seattle, one of only a few in the country that had access to computers in the sixties. Gates began logging computer hours in 1968 in eighth grade. By the time he started his own company, he had far surpassed 10,000 hours of practice.

At the pinnacle of the Navy Seals is the counter-terrorism unit known as Seal Team Six, the group responsible for the death of Osama Bin Laden. Seal Team Six never stops training. The group is considered to be the most effective counter-terrorism military group in the world. Contrary to a typical Seal team, Seal Team Six soldiers are older, more mature with much more live action experience. This team of modern-day warriors spends 100% of their time on two activities: missions and training. That’s right. The best soldiers in the world never stop training.

Successful people aren’t passive about their skills. At one time, I misunderstood training. My view was that new people needed training so that they could become successful. Once you have reached an arbitrary level of success, you are no longer a lowly trainee. You become a trainer. I organizationally fostered a bad attitude towards training. I’m proud to say that after 18 years of experience, I read, listen to audio and watch training videos every day.

Once you have successfully calibrated your attitude, focus on skill acquisition. This is the Information Age. Never has so much free information been at your disposal. Take responsibility for your expertise and you'll be on the Autobahn of life. Next week , we'll cover the third and final step to guarantee success. 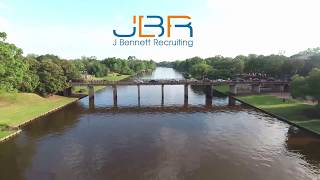